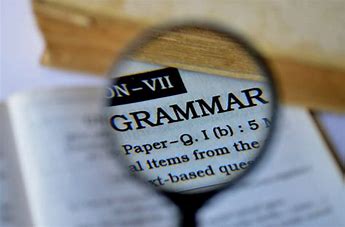 Been working with some of our seniors on their college essays. Although my own school teachers did their best to dutifully cram Warriner’s Grammar and English Composition (1946) into my indifferent teenaged head, I pretty much went rogue once I was on the other side of the desk.  (Today, I do keep a copy of Elements of Style – 1920 within arm’s reach.)

As the years went by, I kept noticing the same errors and flaws in my students’ papers. However, I could not always tell whether these were committed due to carelessness or lack of grammatical understanding. So, I came up with a three-part plan:

Once “lack of understanding” was eliminated as an excuse, it all came down to caring enough to do it right. The goal was not to turn out Pulitzer Prize winners so much as to establish a solid baseline starting point. Here they are.

2) their / there / they’re – They’re taking their sister to the store over there.

5) Phillips head – Use the right tool (i.e., word) for the job. Instead of vague words like bad, good, nice, thing… Use words like devious, thoughtful, kind, and aspect.

8) Less is best – Say it don’t spray it. Try the least number of words to make your point.

9) N.A.S. (not a sentence)  –  Even though you may have placed a capital letter at the beginning and a period at the end, what you have written in between does not a sentence make.

14) Avoid ending sentences w/ prepositions (“This is the type of arrant pedantry up with which I will not put.” – Winston Churchill)

15) Avoid slang: Putin totally blew off Obama.… Obama’s speech was off the hook.

16) Contrary to what your middle school English teacher told you, DON’T write as you speak. (Although we must speak in real time, we have time to think before we write. Therefore, we should always write better than we speak!)

18) Check your hyperbole: “These verdicts are made by over-bearing, self-righteous, nosy elitist, super-sensitive morons.” (Actual sentence from a student’s paper)

A lot of water has flowed under the bridge since I enrolled at Hyde over a half-century ago. Since my four years as a student, I have spent forty more as Hyde teacher, coach, head of school, parent, and president. I am currently working on developing the Hyde Discovery Process, an on-line school culture improvement program designed to bring a little bit of Hyde to a whole lotta schools.

Daily life at Hyde promises no shortage of material for stories to tell. After telling them during my head of school days in a newsletter called Malcolm’s Monthly, I transitioned to this blog in 2009. The delivery is random in both subject matter and frequency. Over 500 posts are archived in the categories listed below.